The Hedgehog fungus is a large fleshy mushroom that occurs mainly in damp woodland. It is widespread throuhout the British Isles and Europe. Its identiication is confirmed by the spines which appear like stalacities on the underside and the pitted surface on the upper part of the cap. It has not distinctive odour but has a bitter taste. While testing the Z 9 I came across this specimen in woodland which was still in pretty good condition.

The setup. I am impressed with the performance of the Z 9 not only its autofocus capabilities but its versitility acrosss the many different situations and subjects that I have to shoot. GPS is an impportant part of my work and having it inbuilt into the camera is a game changer for me. Also, I am able to attach my Nikon MC 30 directly into the camera. Results from the camera in low light as in the case are excellent. 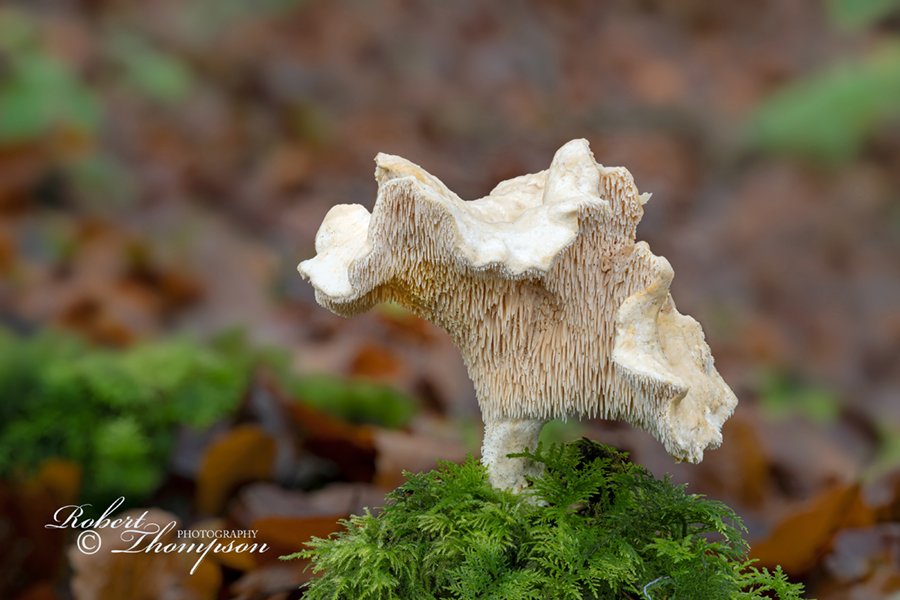 One of the final images. The Z MC 105mm macro is an extremely sharp lens. It is also ligher than the F-mount version. I will be writting a review of this lens and will post it on my website in due course.